*MADE IN GREECE – HANDMADE *

Our creations are products of top quality and high aesthetics, handmade by skilled and specially trained artisans.

Cast Alabaster statues are made
from a composite material in which natural crushed Greek Alabaster
stone is mixed with a small quantity of resin that works as a
glue. Alabaster was very widely used for small sculpture for indoor use in
the ancient world, especially in Ancient Greece, Egypt and Mesopotamia. The
mixture is then poured into a mold of the statue design. Because the
powder is so fine the smallest details can be reproduced using this
method. Over 90% of the finished sculpture is
natural crushed Greek Alabaster stone, which gives it a look and feel of
solid natural marble. All sculptures are finished by hand to ensure the
finest quality. This strong material is water and weather resistant, doesn’t
have bubbles, will not crack, and can be washed with most cleaning agents.

Please note: Our statues are
not carved. The alabaster we use is not the calcite alabaster variety which is
also known as onyx-marble, Egyptian alabaster, or Oriental alabaster. Natural
marble statues are hand carved and command a very hefty price. Our product
offerings are intended to be affordable to the majority public.

Ares  is the Greek god of war. He is one of the Twelve Olympians, and the son of Zeus and Hera. In Greek literature, he often represents the physical or violent and untamed aspect of war, in contrast to his sister the armored Athena, whose functions as a goddess of intelligence include military strategy and generalship.

The Greeks were ambivalent toward Ares: although he embodied the physical valor necessary for success in war, he was a dangerous force, “overwhelming, insatiable in battle, destructive, and man-slaughtering.” His sons Fear (Phobos) and Terror and his lover, or sister, Discord (Enyo) accompanied him on his war chariot.In the Iliad, his father Zeus tells him that he is the god most hateful to him. An association with Ares endows places and objects with a savage, dangerous, or militarized quality. His value as a war god is placed in doubt: during the Trojan War, Ares was on the losing side, while Athena, often depicted in Greek art as holding Nike (Victory) in her hand, favored the triumphant Greeks. His Roman name is Mars. 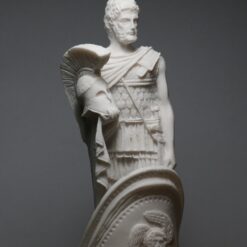 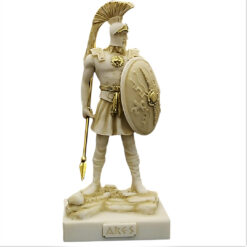 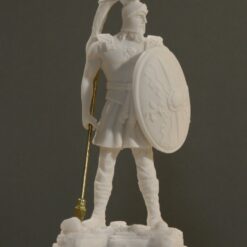 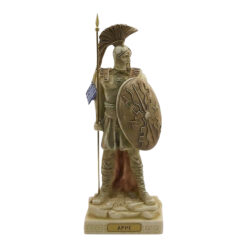 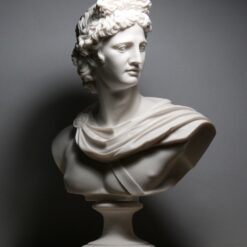 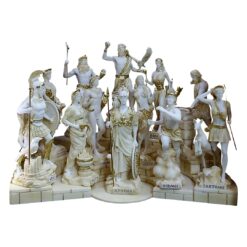 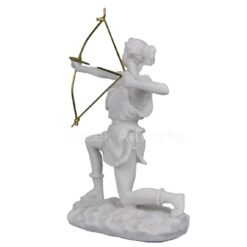