Our vase is based on the  famous  Caeretan black-figure hydria (water-jar) known as  (Herakles and Kerberus) which is exhibited in the Louvre Museum.

This vase is a fine example of the Caeretan hydriae, which were produced by a small group of Ionian artists who moved to Etruria to escape the threat of the Persian invasion. Herakles, shown with his traditional attributes of the lion skin and the club, is presenting Kerberus, held simply on a lead, to a terrified Eurystheus, who is half-hidden in a pithos, arms raised in panic. This painting – the only known example of a scene depicting Herakles presenting the dog to Eurystheus – is modelled on a similar episode when Herakles presented the king with the Erymanthus boar, depicted on an amphora also in the Louvre (F 59). The monstrous dog is shown as described in most writings. Kerberus was the son of Echidna and Typhon. He had three heads and a body covered in serpents. The polychrome colour has survived: the numerous red and white highlights go against contemporary conventions in that white was usually reserved for the bodies of women. The artist clearly found it worthwhile to defy convention to create a spectacular visual effect.

The last of the twelve labors of Herakles was to bring Kerberus, the dog that guarded the entrance to the underworld, back to Mycenae. Herakles was aided in this perilous undertaking by Hermes and Athena. When he arrived in the realm of the dead, he had to convince Hades to let him take Kerberus. Hades agreed only on the condition that Herakles overpower the dog by brute strength. Herakles succeeded and took Kerberus back with him to Erystheus, who, not knowing what to do with the dog, returned him to Hades. 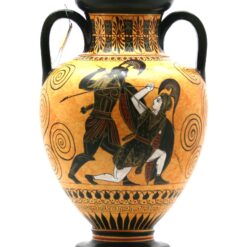 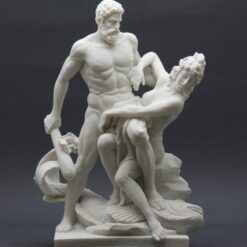 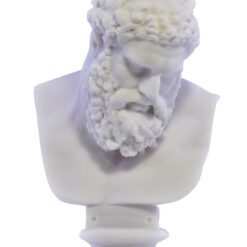 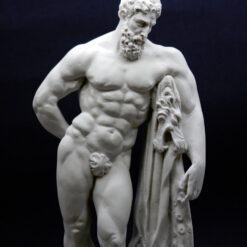 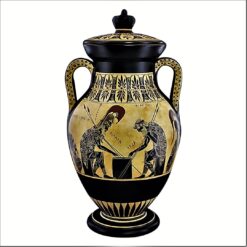 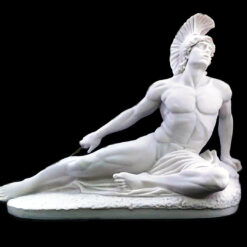 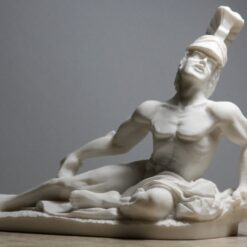 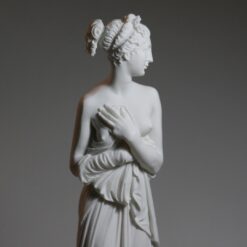 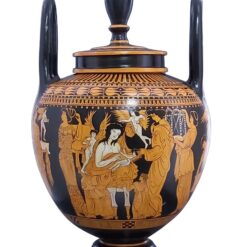